I have been a busy bee making cards with The Greeting Farm images I colored recently. :) 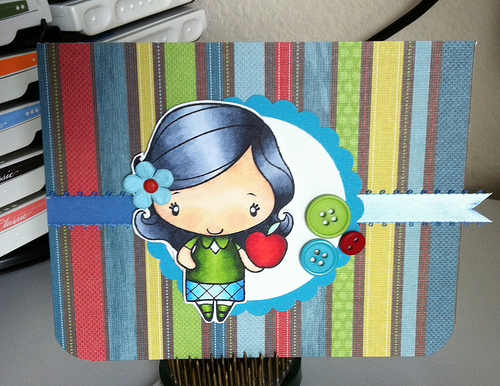 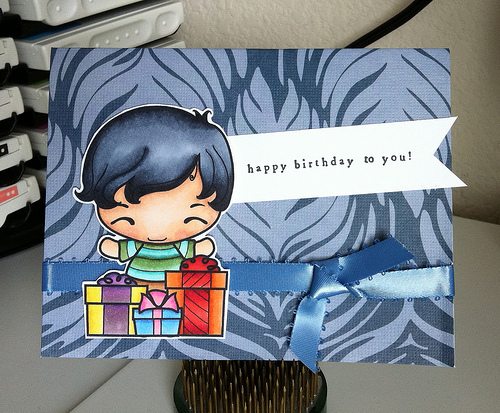 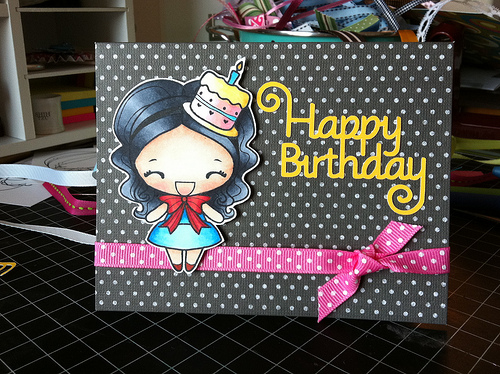 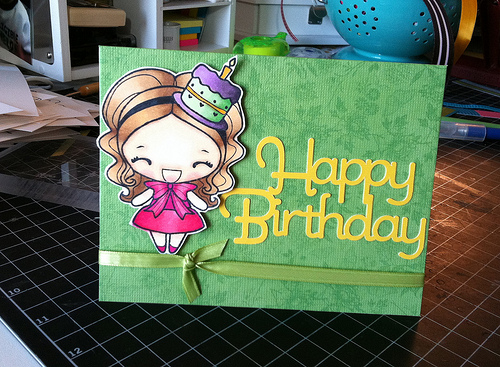 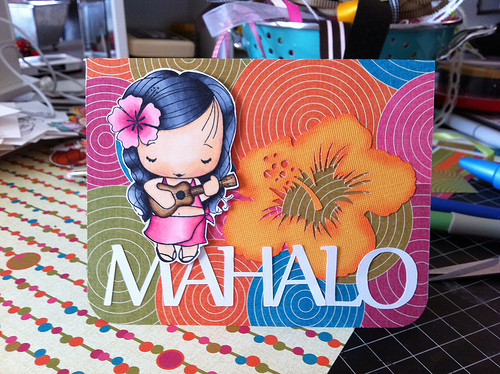 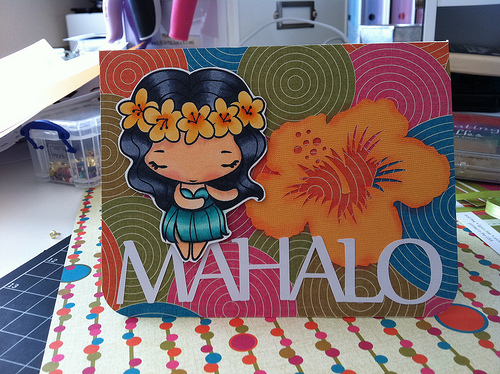 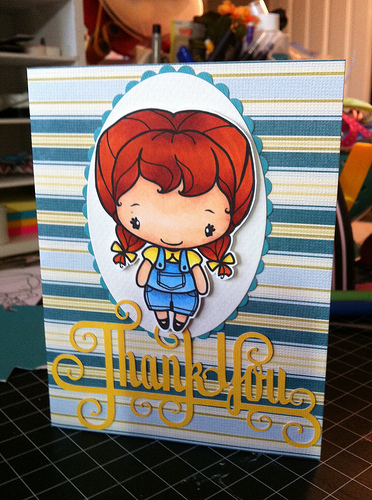 In case you have not noticed, I have been obsessed with Greeting Farm stamps and Copic Markers lately. As someone with a bit of OCD, I know that I do this periodically. :) I have not picked up any photos and I have been satisfying my creative side with card making and coloring. I'm sure I will be scrapbooking again one day since my obsessions come in waves. Ha!

I recently bought the Copic Marker wallet that holds 72 markers on clearance at Blick Art Supplies on clearance but I've run out of room. I am still looking for a better storage system. Any ideas? 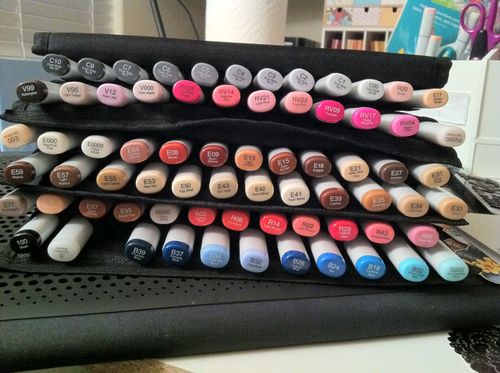 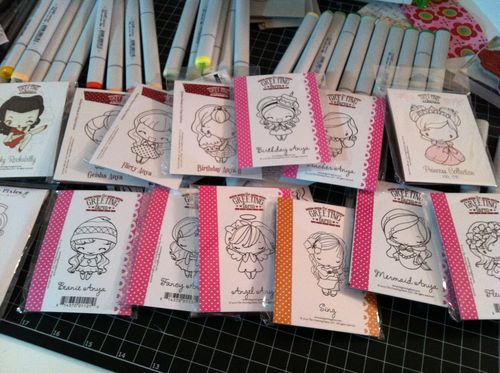 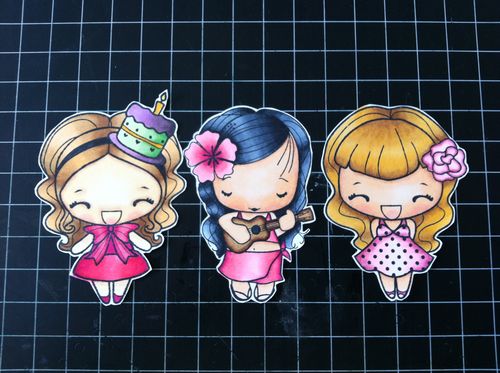 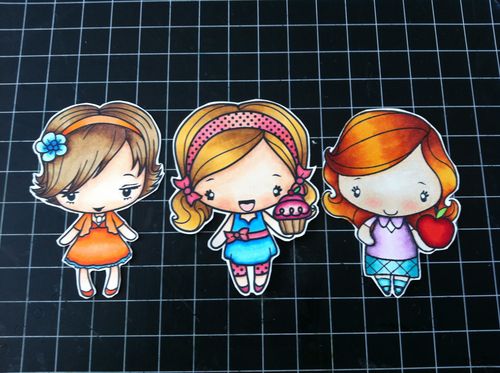 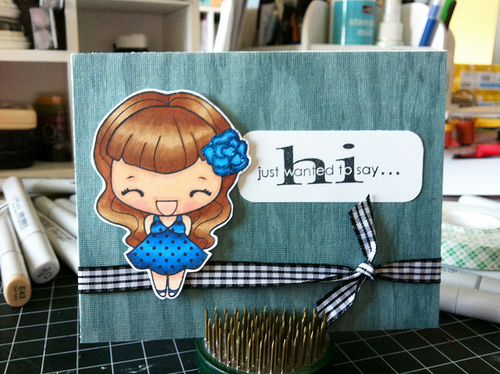 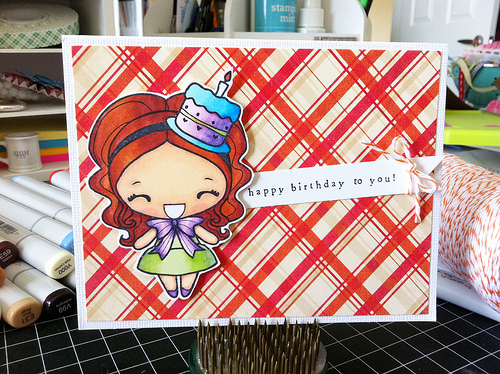 These Copic markers are addicting and so much fun. That's why they are expensive. :P I suppose they are worth it because I loooove coloring with these markers. So calming. Brings me back to Kindergarten. :) 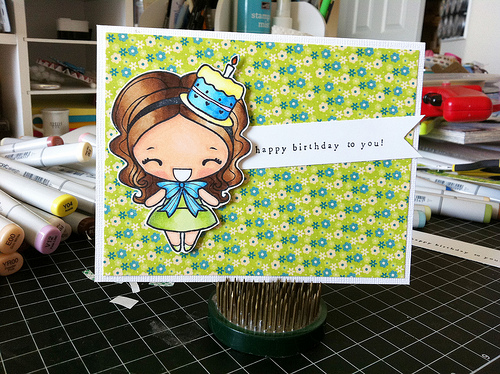 Now if I can only find a good storage solution for them...

I have been collecting Copic Markers and it's been fun experimenting with stamps. I finally jumped on the Greeting Farm bandwagon and bought my first stamp called Nurse Anya. Love all the images! Here are a couple of new projects using that lovely stamp. I really have to learn how to blend those colors together. 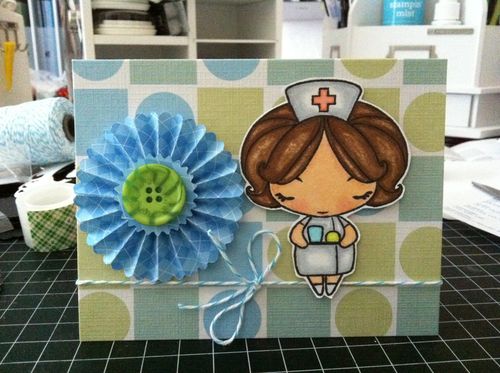 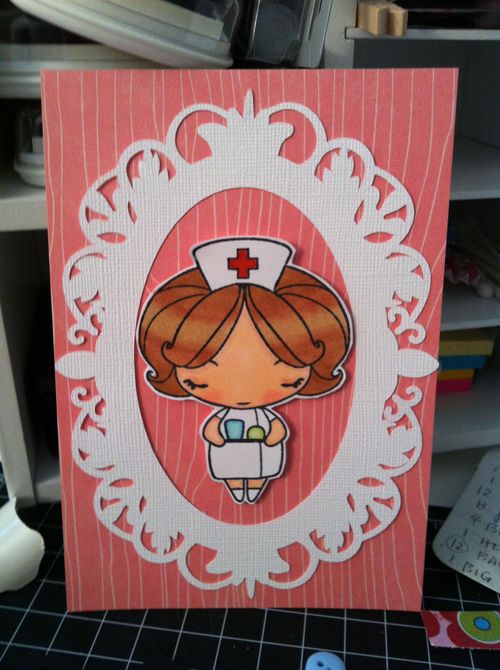 This past weekend, I kidnapped my nephew, Jared, and we spent some quality time together going to brunch and the Smurfs matinee. We took him to a restaurant where he spent more time coloring the placemat than eating. He did eat a couple of fries. Refused to eat anymore. Uh oh. I planned on a little bit of cupcake making so he's going to be all carb-ed up when I was through with him. Sorry, mommy and daddy. :P That's what happens when he is abducted by his Godmother. :) 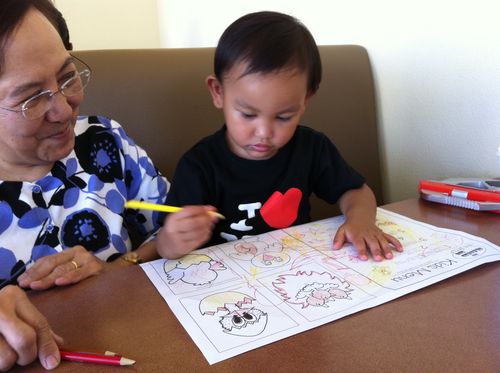 He kept saying "Murfs, Murfs, Murfs!" so I knew he was excited to see the blue creatures. After getting popcorn and a booster seat, he was ready for the movie. He did so well by keeping still. He was entranced from the very beginning and even sat through the rolling credits chomping on popcorn. He didn't want to leave. I could have just squeezed him to death! 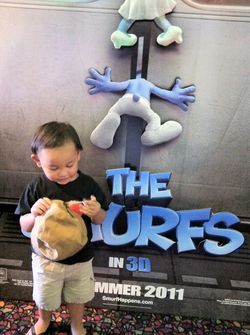 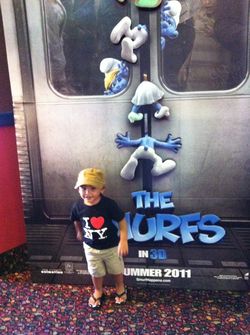 I thought it would be fun to have some play time with my dogs, so I took him home to roll around with Snack and Ozzie. I knew he was going to be licked to death by the dogs and he was a little frightened, but by the end, the poor dogs were running away from him. He fed them from the dog bowls and played fetch. I think this boy needs a dog or two. :P He colored on some paper and my poor craft table, too. Thank goodness the markers were water based. My brother is quite an artist and I think Jared inherited a lot of his talent. 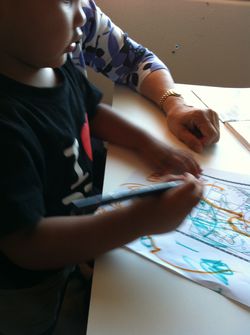 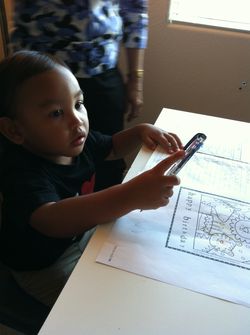 Jared helped make some butter cupcakes and he helped even more by turning on the mixer on full blast. Holy kitchen splatters, batter was everywhere! :) That's why we have dogs. Quick clean-up duty! After baking them and letting them cool off, he helped frost the cupcakes by licking the chocolate icing off his fingers. And squishing some cupcakes. I helped with icing the rest and he attempted to put all the chocolate iced cupcakes in his mouth. A boy after his Godmother's heart. :) We sent those home with mommy and daddy. Ha! 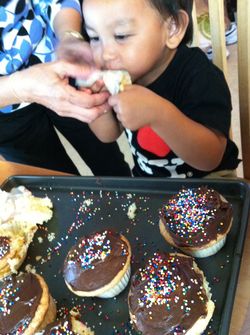 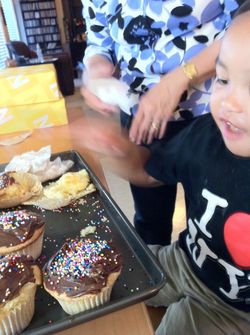 All in all, I think he had a smurfing good time. :P I have to steal him again! 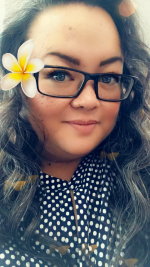